Blog - Latest News
You are here: Home / HVAC Info & Articles / Articles / Is It Okay to Close Vents in Unused Rooms? 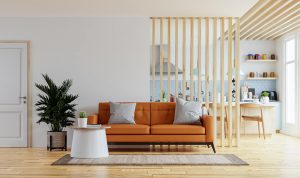 One of the common frustrations for homeowners when using their HVAC system is not getting even heating or cooling throughout the home. Or, more specifically, not getting the warm or cool air directed where they need it most – as in, the rooms in the home that are used most frequently. With that in mind, some homeowners resort to closing heating vents in unused rooms as a way to control airflow. But is closing HVAC registers a good idea? This article will take a closer look.

To get help with your HVAC system in and around, Greensboro, Eden and the Burlington area, be sure to reach out to Berico for assistance.

The Quick Answer is Don’t Over Do It

The reasoning for using this technique to control how your HVAC system operates is understandable, but upon closer inspection, it’s not a great idea to close the registers in more than a few rooms. At the core of the problem is the fact that your system was designed to heat or cool the entire house. When the equipment was selected to put in the home, it was picked because it was the right size for the square footage that needs to be managed. By shutting down too many of the vents, you are effectively changing the square footage that is being heated or cooled – but the size and capacity of the HVAC equipment didn’t change at all.

In the end, this mismatch is bad for your system. You’ll be cutting off some of the airflow that the system is designed to handle, and you will also put some pressure on the ducts by backing up air rather than letting it freely flow out into the rooms. In the best case, this will cause your system to work slightly less efficiently and effectively than it should – but you might wind up causing damage to the equipment. It’s best to leave all of your vents open and turn to other methods to manage how the space is heated and cooled throughout the year.

Rather than picking and choosing what vents to open and close, the better way to go is to opt for a zone control system in the house. With zone control, your HVAC equipment will have the ability to manage different temperature levels in different areas, removing the problem that you were trying to solve by manipulating the vents.

The perfect example of how this solution can work is seen in two-story houses. It is often the case that the second story is significantly warmer than the first floor. This is a problem in the summer because cooling the downstairs to a comfortable temperature will mean that the upstairs is still too hot – and that’s usually where the bedrooms are located. Then, in the winter, warming the upstairs rooms to a comfortable range will leave the downstairs too cold.

By adding zone control that is divided by floor, all of these issues go away. Suddenly, you have the ability to dial in the right temperature on both floors at the same time with just the push of a button. Talk to Berico today about adding zone control to your HVAC system and get better performance than ever before.

*Must be full system with heating & AC components to qualify. Cannot be combined with any other offer

We are Better Business Bureau® Accredited! Click our score below to view the full report!

We also recently won the A+ Super Service Award from Angie’s List!

I recommend Comfort & Protection Service Plans to everyone! When my oil furnace needed to replace its heat exchanger and some additional parts, being on a plan saved me $1,095.

I first used Berico in August of 2009 and am now entering my 6th year. I have always believed that it is better to prevent a problem than to solve one, and your technician have done a "bang up" job of keeping my unit in excellent working order.

Replaced a gas furnace that was original to house built in 1986. Replaced Air Conditioning Unit that was installed in 2001. Installation was smooth, completed on schedule, and I am very satisfied with the price as well as the installation work performed.

Every visit by Berico is a pleasure. The technicians are friendly, knowledgable and honest. I appreciate the time they take to explain things.

Our technicial did a good job of servicing our two systems for summer. He helped teach us-once again- how to make changes in the thermostat, which we need to do before travelling. Thanks. RB

Berico recently installed a new unit at our home. Berico offered several financing options for us and the approval process took 30 seconds. We were very impressed with the professionalism, honesty, dedication, and personal touch of the whole work crew of our job.

Gentlemen came out and installed new tank and were very professional. They completed the job in a good amount of time and cleaned up behind themselves. Would highly recommend to others!

My system uses a ridiculous amount of oil and last year, I ran out regularly. Becky at Carolina made sure to keep an eye out for us and followed up regularly to ensure we were in good shape. They worked with us on our payments and were just really good to us.

This is an outstanding company, they are always on time every time and do what they say they will do. I highly recommend them!

Signed up for the Annual maintenance service after hearing for a commercial on the radio for them. Everyone I have dealt with has always been nice and professional. Had an issue where I needed a new capacitor on my heat pump unit - no big deal.

I just can't say enough about the good service and friendly folks at Berico. Keep up the good work! I like your Sharing the Warmth program too. It is a great way to get help to our neighbors, even those we don't know.

There isn't a nicer group of people to deal with. The service was done with a very polite maintenance man. He was quick, polite and very friendly, and very efficient. I would recommend them to anyone. I also want to mention how polite the office staff was.

We are a very unique customer for Berico. We use them to maintain our seven air conditioners for our commercial data center with hundreds of servers, routers and switches. Their techs are always careful in our data center and take extra caution to make sure they don't disturb any of the servers.

Everyone at Berico has been very helpful. Salesperson was very straightforward and knew the product well. Office staff has been extremely personable, yet professional. The installation crew was very efficient. Looking forward to a long relationship.

We have been using Berico since 1976 and have been pleased enough that we have never changed providers. Their workers have been helpful and competent. We are now on our second furnace and second heat pump and while there have been problems they were all resolved.

Berico (by way of Alamance Oil in Burlington) has consistently provided immediate service and help with my account when I have needed it.

Furnace Maintenance Tips Why Is My Heater Blowing Cold Air?
Scroll to top